Hi, I’m Kevin. When I purchase something online, it is important for me to know who/where I am buying it from.  BUG UNDER GLASS is my livelihood that combines my passions of conservation, science education, and design. I source, design, assemble and ship every single item in this shop—and stand by everything I make. It is very important to me the items I sell are sustainable and environmentally friendly. My environmental education pursuing a Master’s degree in Conservation Biology and ability to support butterfly farming programs that play a role in conservation motivated me to create this business. Learn more about me or how butterfly farming works below. 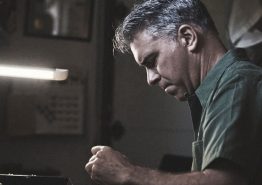 Each year an area of tropical forest equal to the size of England is destroyed.
In the Amazon alone, over 11.6 million hectares of rain forest have been cleared for ranching.

WHAT WE DO NOT SELL

I do not sell rare or endangered plants or animals of any kind and have strict criteria for what I offer. I do not sell preserved mammals, reptiles or amphibians. There is a great deal of evidence many are taken illegally from the wild and the market is hard to regulate. For example, almost all preserved BATS sold online are illegally taken.

WHAT SPECIMENS WE DO SELL

Ethically sourced museum-quality specimens that come from butterfly farms, insect ranches or independent breeders. Learn more about this process below.
We are licensed with US Fish & Wildlife Service and comply with all US and International Import/Export Laws.

WHAT IS BUTTERFLY FARMING?

Butterfly farming is the commercial production of live butterflies/moths in controlled environments to supply stock for universities, zoos, insectariums, nature centers, butterfly houses, and for butterfly releases at weddings, funerals and special events.

Where are these farms located?

There are hundreds of butterfly farms around the world, with most located in tropical areas near rainforests where breeders have easy access to butterfly food plants. The most successful commercial farms are located in South America, Central Africa, Madagascar, China, Southeast Asia, New Guinea and Australia.

How does butterfly farming work?

Because host plants are needed for rearing the larvae which have a voracious appetite, the butterfly farm is dependent upon a large parcel of land that is forested. This enables adjacent communities to derive a livelihood from the forest, and are more likely to want to preserve it. 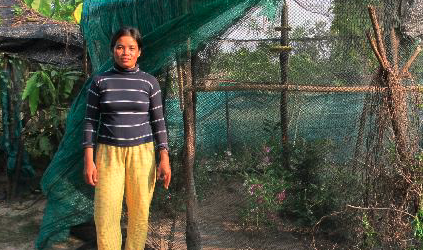 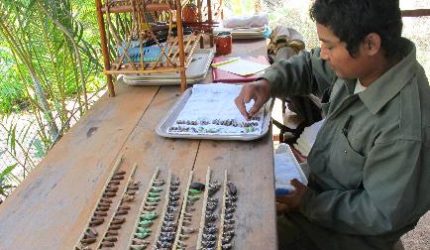 In developing countries, where the majority of threatened rainforest habitat is, the difficulty of protecting forests has been a lack of economic opportunities for rural people. Unfortunately, earning a living in these areas almost always involves agricultural farming, cattle ranching, or logging—all of which lead to severe habitat degradation or destruction.

The practice of butterfly farming is unique because it combines economic development and conservation; and when introduced as an economic alternative to traditional farming and managed properly, it can have a profound impact on the environment and communities.

In contrast to agricultural farming, cattle and logging, butterfly farming is dependent upon native plant species and a butterfly farmer must keep areas of land intact to  provide a food source for the caterpillars.

While a majority of breeders cannot make a full living off of butterfly farming, the extra income has been shown to make notable improvements in food security, primary health care and education.

Additionally, and more importantly, butterfly farming can transform a communities attitudes about the forest. For example, in Tanzania before the Kipepeo Butterfly Farming Project  started in 1992, the local people had a very negative view of the forest. 96% of the farmers were unhappy with the forest and 54% wanted it completely cleared for settlement. (Gordon, 2000) This was due in part because the protected forest harbored many animals, such as elephants and baboons, that destroyed the farmers’ crops. In a survey 5 years after people saw the impact of the butterfly farms on their community, a new survey now showed only 16% of the people surveyed wanted the forest cleared!

When insect habitats are protected, all the other plants and animals that live there also benefit.