Warning: fopen(/home/customer/www/bugunderglass.com/public_html/wp-content/plugins/woocommerce-wholesale-lead-capture/woocommerce-wholesale-lead-capture.bootstrap.php): failed to open stream: No such file or directory in /home/customer/www/bugunderglass.com/public_html/wp-includes/functions.php on line 6577
 Ants and Aphid Symbiosis | BUG UNDER GLASS Skip to content

In the context of biology, symbiosis refers to an evolved relationship between organisms of different species that benefit each individual. When it comes to bugs, several insect species have evolved symbiotic relationships that help them survive. 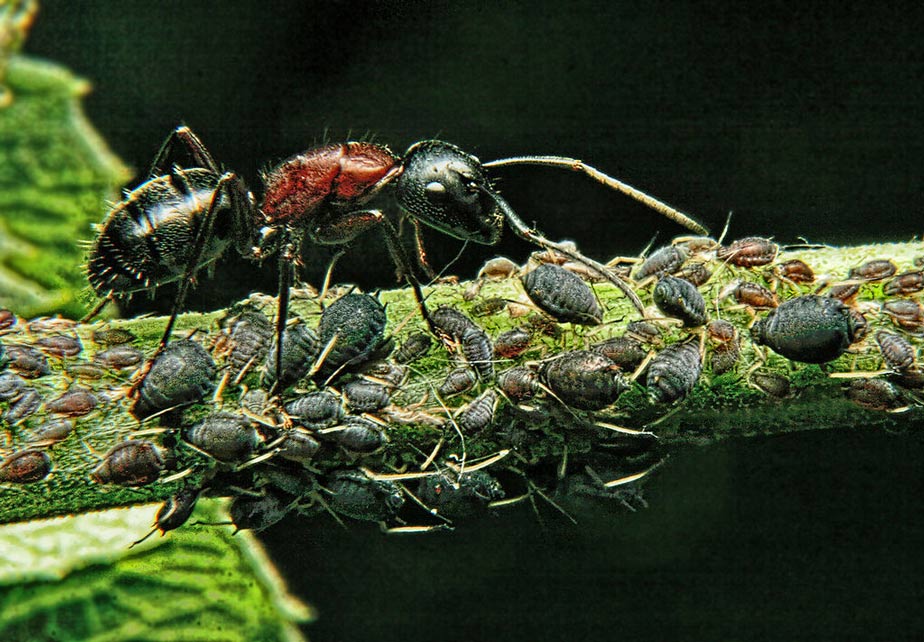 One interesting symbiotic relationship between insects is that between ants and aphids. Aphids produce a sugary substance that ants eat for food, and in return, ants take care of and protect aphids from predators. In other words, ants act like little aphid farmers, similar to how humans raise cattle and livestock for our benefit.

Aphids, also known as plant lice, are small sap-eating insects that feed on sugary substances secreted by plants. Aphids are also a major agricultural pest and cause millions of dollars in crop damage every year. Aphids eat plants to gain nutrition and then excrete a sweet, sugary waste substance known as honeydew.

Anyone who has had a picnic knows that ants love sugar. To that end, various ant species have taken to “milking” aphids for honeydew. The ants stroke them with their antennae to stimulate honeydew production, which the ants then eat. This relationship is so close that some aphid species have completely lost the ability to naturally secrete waste, and must rely on ants to do it for them. If ants were not there to help them remove waste, these species of aphids would die. 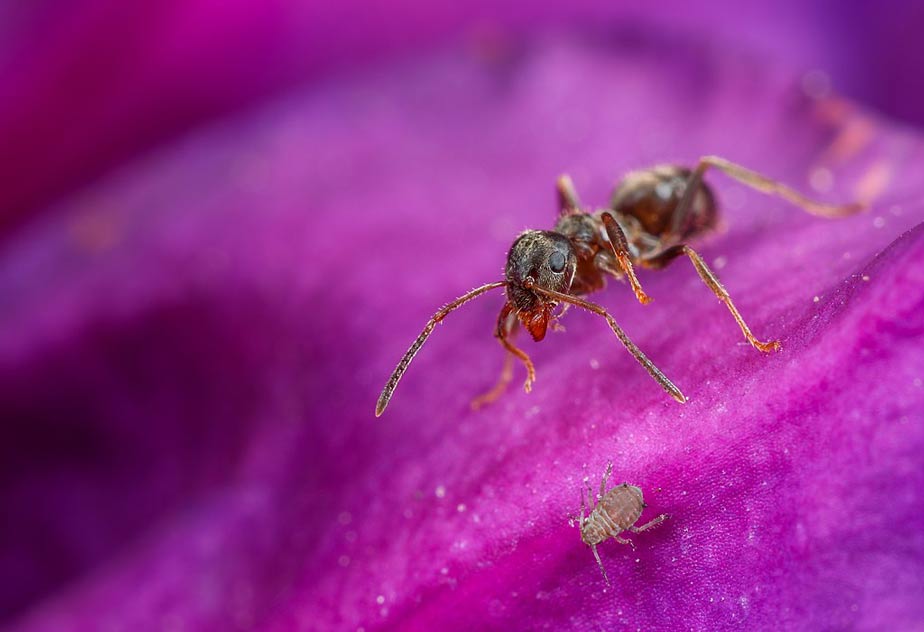 In addition to eating their honeydew secretions, ants will take care of and protect aphids from predators. They also will carry them to a new food source when they are hungry. Ants are fierce caretakers and will often put themselves in danger to protect their aphid herds. They will even go as far as to attack the eggs of predator species, like ladybugs.

This mutualistic relationship goes beyond just basic care too. For example, corn root aphids and cornfield ants have a very close relationship characterized by reproductive assistance. During the fall when the aphids lay their eggs in the soil near corn roots, the ants will gather their eggs and store them for winter. Cornfield ants will also carry their aphids to temporary host smartweed plants, then to their preferred host corn plants when they are in season. 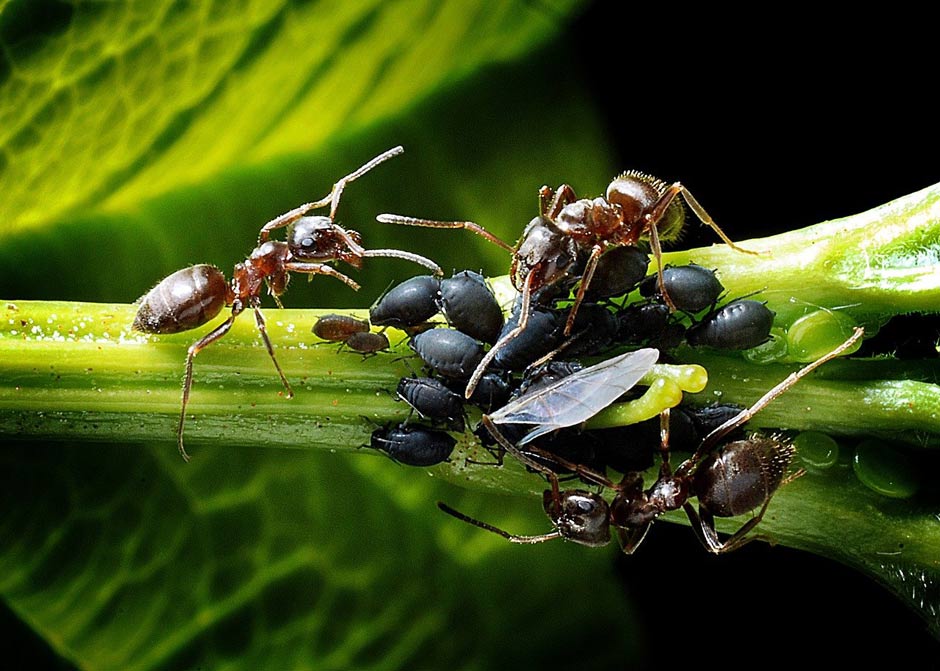 It’s Not Always Nice, Though

Ant-aphid relationships are not all love and care though. Ants will take active measures to prevent their herds from leaving, which can involve injury and disfigurement. For example, most aphid species do not have wings, but environmental triggers can cause them to develop wings. This allows the aphids to fly away when their food source is depleted.

The relationship between ants and aphids is just one of many examples of symbiosis among insects. Other examples include blue-winged butterflies and ants, as well as Amazonian bees and scale insects.