The Atlas Moth (Attacus atlas) is a species of moth in the family Saturniidae. The Atlas moth is widely considered the largest single species of moth in the world in terms of wingspan. An average Atlas moth female can have a wingspan up to 11 inches and have a wing surface area of 62in². Atlas moths are endemic to the tropical forests, secondary forests, and shrublands of south and east Asia.

Atlas moths have a narrow thing body with disproportionately large wings. Their upper wings are usually a reddish-brown with flecks of black, pink, and orange, though their color vary from darker to lighter with altitude and average climate of the surrounding region.

The most distinguishing feature of Atlas moths is their extremely large and intricately patterned wings. Each wing has a curious fractal looking pattern of white and orange and each wing tapers into a prominent extension. These extensions resemble the profile of snakes head, which give the Atlas moth its Cantonese name which translates to “snake’s head moth.”

Atlas moth caterpillars can grow to about 4.5 inches in length and are a pale greenish color. Atlas moth larvae are distinguished from other caterpillars due to the presence of white fleshy spines along their back that get more pronounced as the caterpillar matures.

Adult atlas moths actually do not have functioning mouthparts, so they do not eat. Instead, they rely entirely on the energy they stored up from eating as a caterpillar. Atlas moth larvae subsist on a diet of the foliage from citrus, cinnamon, guava, and evergreen trees. Feeding during the larval stage gives the organism enough energy for its entire adult lifespan. 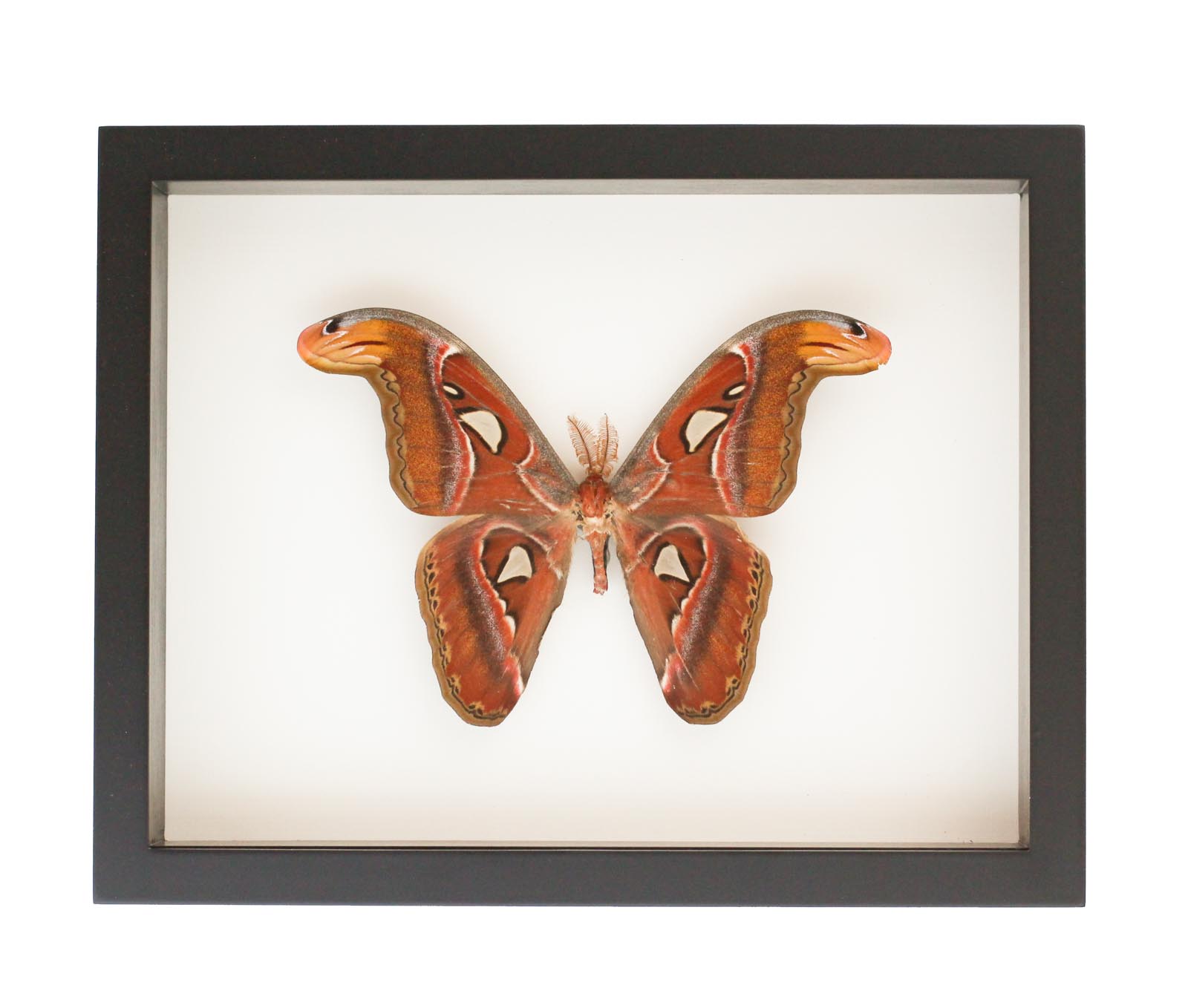 When Atlas moth adults emerge from their pupas after metamorphosis, they are initially very weak and cannot fly. After a few days, they strengthen up and forage out to find potential mates. Atlas moth adults only live for 2 weeks at max so they must spend all of their adult life looking for mating opportunities. Although Atlas moths are not seasonal breeders and reproduce continually throughout the year, populations generally reach their peaks between November and January. 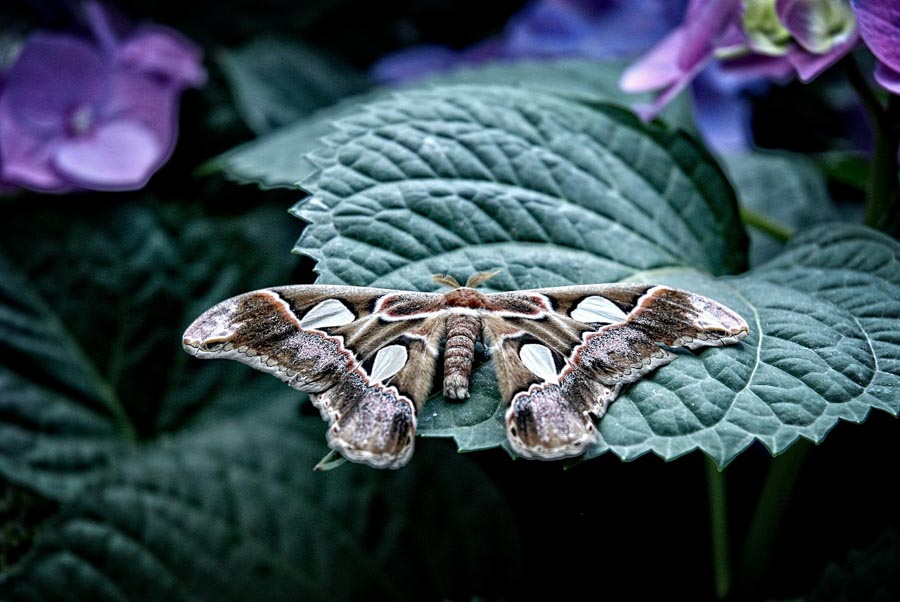 If you need to see this incredible creature in your home, we have farm-raised Framed Atlas Moths available in our store.