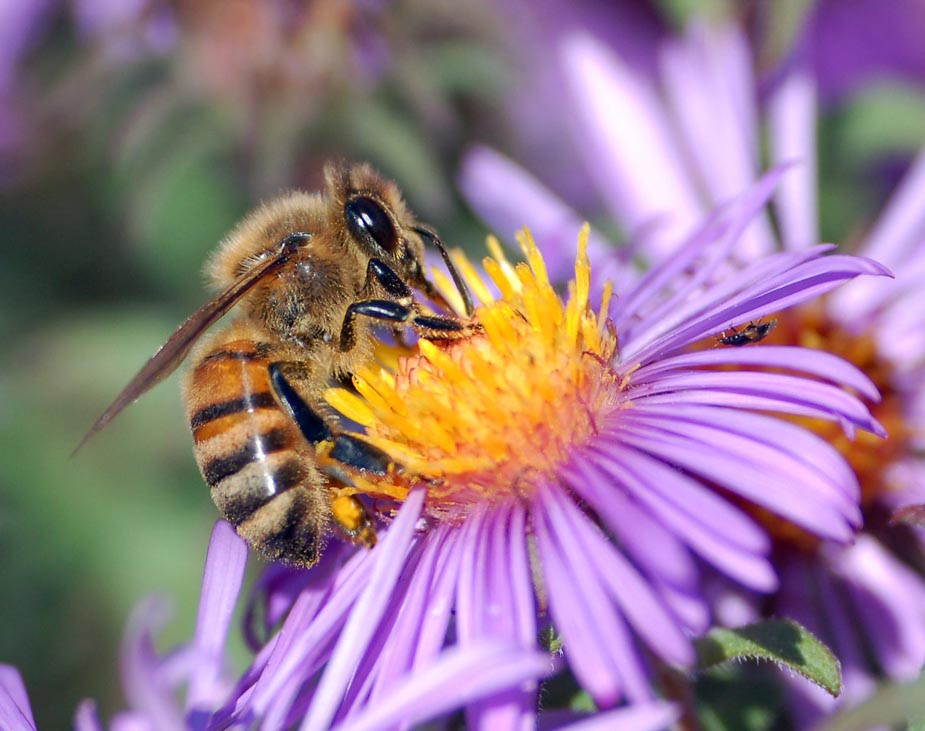 In the early 1900s, Austrian scientist Karl von Frisch won the Nobel prize in biology for identifying the famous “waggle dance” of communication between honey bees and showing that honey bees can perceive ultraviolet light. Whereas it had generally been thought previously that honey bees (Apis mellifera) were more or less mindless insects, Frisch’s work was monumental in that it demonstrated that the honey bee brain is capable of complex cognitive tasks. Here are some of the amazing examples that showcase the cognitive sophistication of honey bees.

Spelling bees? No, but it appears that bees have a relatively sophisticated grasp of mathematics. Many animals show a basic competency with numbers but very few non-humans animals have shown any kind of symbolic understanding or ability to perform arithmetic calculations like addition or subtraction. However, there is evidence that bees fall into the elite category of non-human animals that can perform basic arithmetic, which includes chimps, dolphins, and parrots.

A 2019 study published in the journal Science Advances seems to show that honey bees are able to learn and apply symbolic representations to perform addition and subtraction. In the study, honey bees were first presented with a sample stimulus containing one, two, four, or five elements. If the sample was blue, the bees would have to choose the stimulus sample in the next chamber that was one more (addition) and if it was yellow, one less (subtraction). The overwhelming majority of bees were able to properly discriminate the sample stimulus and make the correct choice.

Further, the bees were able to apply the same rule in novel stimulus conditions. The researchers take the study as evidence that bees are able to learn symbolic rules of mathematical representation and apply them to novel contexts. Similar studies have also implied that bees can understand the concept of 0, something very few other animals can do.

In addition to math, it seems bees have an understanding of more general abstract concepts. A highly cited 2001 article shows that bees can generate abstract concepts like “sameness” and “difference.” In the study, bees were trained to pick the same color stimulus as a previously presented blue or yellow stimulus. Next, the researchers presented completely new stimuli; a series of horizontal or vertical white and black lines. The majority of bees were able to transfer the rule learned in the previous trials to the new scenario. In other words, the bees were able to apply the rule “if I see a stimulus, I must pick the same stimulus”—the concept of “sameness.”

Bees also show a keen ability for associative learning. Bees are able to learn flower types by color, shape, smell, and even electromagnetic fields. Bees have also been shown to be able to form complex associative relationships; for example, bees can learn that they can only get food from a certain location at a particular time of day. Honey bees also have strong working memories and can learn new behaviors from very few experiences. For example, bees can learn to avoid flowers that predators frequent, and will exhibit much more cautious behavior around those flowers in the future.