With a small handful of exceptions, all insects begin life as an egg. Once they hatch, they go through several stages of physical development in their lifetime. The physiological changes that occur and differentiate one stage of an insect’s life from another is called metamorphosis. While some insect species go through what is called “incomplete metamorphosis,” most insects experience dramatic physical changes during metamorphosis. 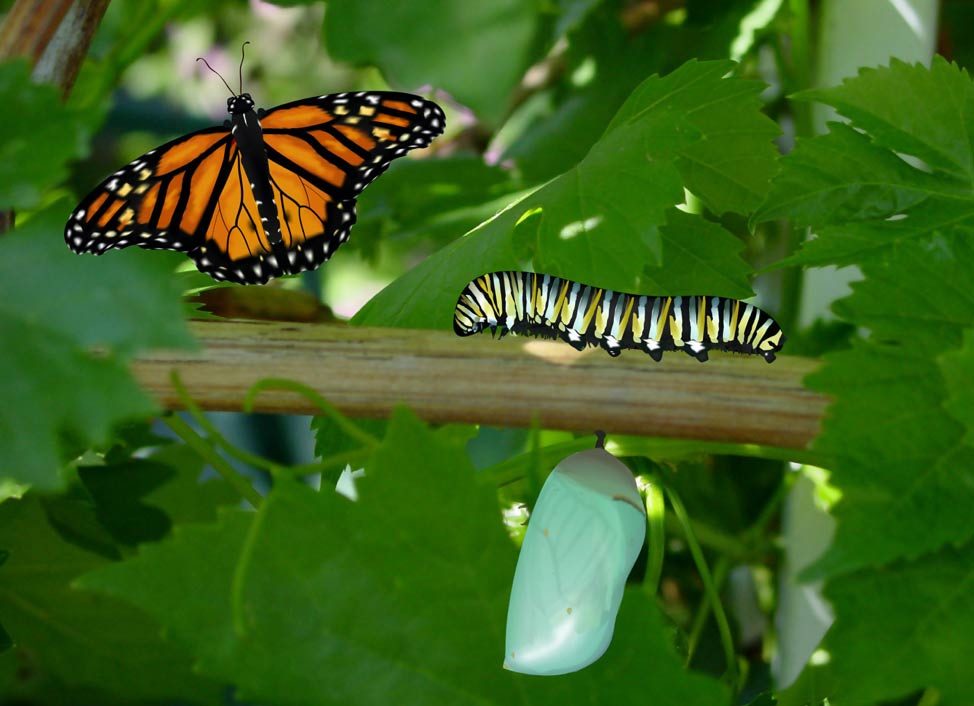 In insects, metamorphosis is controlled by hormones produced by endocrine glands. Several hormones work together in feedback mechanisms to promote physical change, molting, and metabolic delay. Several insects display the ability to delay metamorphosis and physical development in unfavorable conditions.

The evolutionary development of insect metamorphosis is a key question in modern-day biology. The earliest insects were ametabolous though almost all modern-day insect species are hemimetabolous or holometabolous. It is believed that the first species of genuinely holometabolous insects emerged around 300 million years ago.

Throughout history, many theories have been proposed to explain the emergence of insect metamorphosis, some outlandish by modern standards. Aristotle argued that insect larvae were a kind of “secondary embryo”  that exists before the perfect adult specimen develops, and Donald Williamson famously argued that butterfly metamorphosis emerged from an accidental mating between a flying insect and a ground insect.

Nowadays, it is known that insect larvae contain imaginal discs—clusters of tissue present in larvae that remain dormant until hormones from metamorphosis cause them to rapidly develop into adult appendages.

Scientists also have a plausible explanation for the evolutionary utility of metamorphosis. Insects that undergo metamorphosis have an evolutionary advantage as young and old insects do not have to compete for the same stock of resources. For instance, caterpillars spend all their time eating on leaves while butterflies hunt for nectar and mating opportunities. Since adults and the young don’t have to share the same resources, they can co-exist more effectively.