The Luna Moth (Actias luna) is species of Nearctic moth in the family Saturniidae. Luna moths are known for their lime green color, hairy bodies, long tails and unique defense mechanism of vomiting on predators by their larva.  Luna moths are found primarily in North America throughout the Great Plains and into Canada, those specimens are sometimes found in western Europe after accidentally migrating across the Atlantic Ocean. 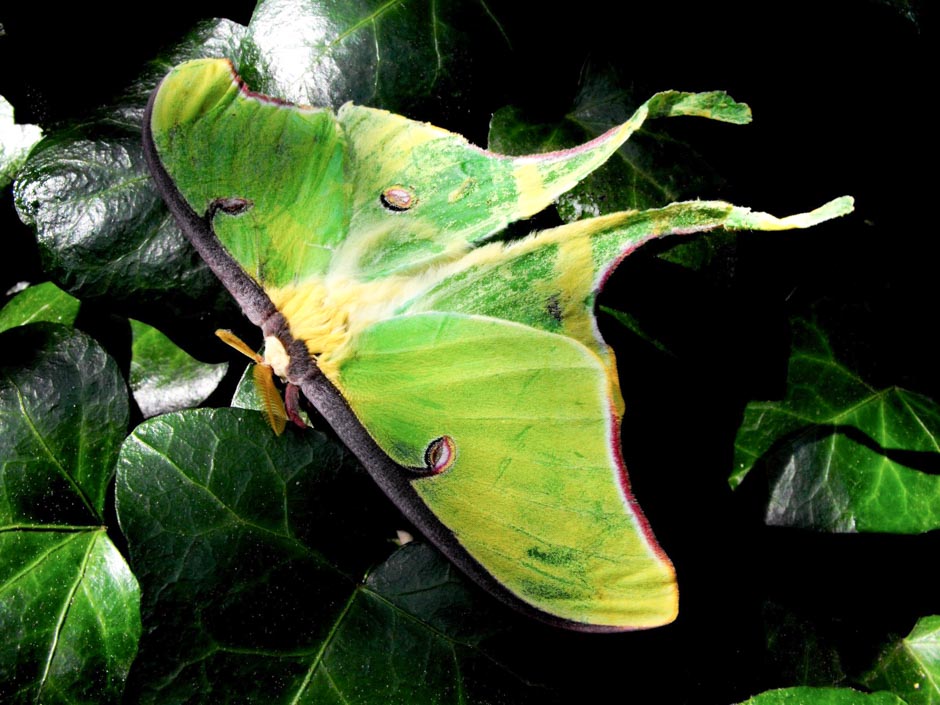 Luna moths are among the larger species of moth in North America and typically have a wingspan between 3-4 ½ inches which in rare cases can reach up to 7 inches. Females and males are roughly the same size, lime-green color, and both have eyespots on the forewings and hindwings. Both males and females also have long twisted tails and their bodies are covered in small white hairs.

Both females and males have antennae, but they tend to be much longer and wider on males. Females have thicker abdomens as they produce up to 400 eggs during their lifespan. In northern regions, luna moths have a bluish tint to their wings while in hotter southern climates they have more of a yellow-green color. 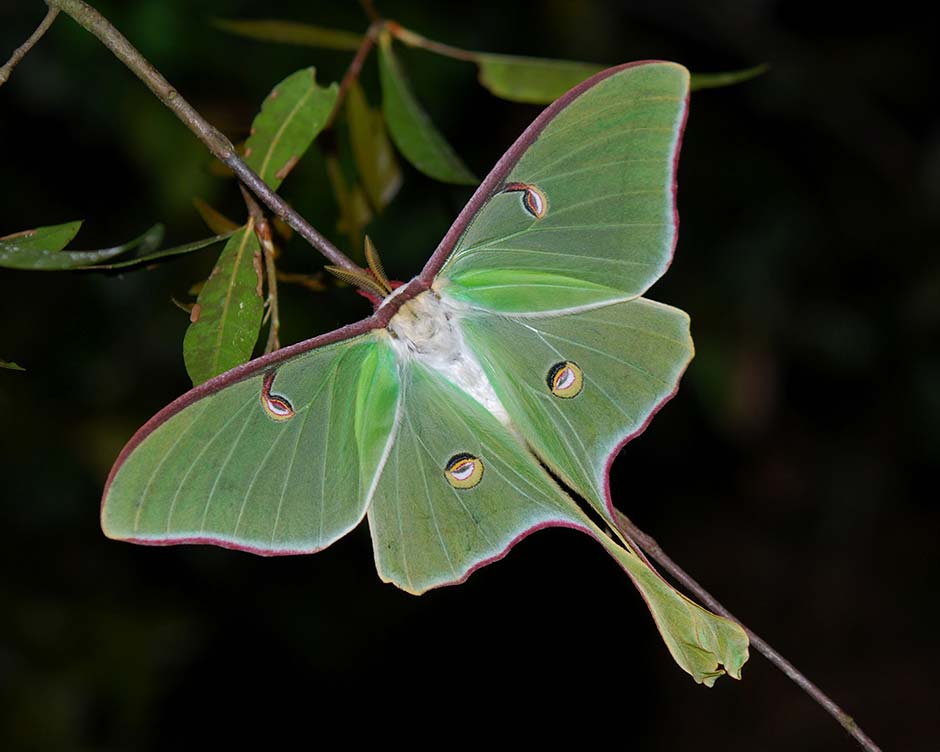 Interestingly enough, adult luna moths do not have functioning mouthparts and do not feed at all. All the energy an adult luna moth uses is from fat stored when it is a larva. Larvae typically eat leave from broadleaf trees like white birch, sweetgum, walnut, and hickory. Once the larvae eat enough, the fo into the pupa stage and mature into adults. The maturation process from egg to adult takes about a year but adults have very short lifespans, on the order of 7-10 days. As such, much of a luna moths adult life is spent looking for a mate.

Luna moths have a common mating procedure in which the female releases sex pheromones that are detected by the males’ antennae. The actual mating process takes a few hours and once completed, the female leaves to deposit her eggs on the underside of tree leaves.

Luna moths are noted for their interesting defense mechanisms. It is widely believed that their characteristic eyespots evolved as a defense mechanism and they are known to emit a harsh clicking sound when threatened by rubbing their mandibles together. Luna moths will also eject their intestinal contents to deter predators. That’s right, they literally vomit on predators to keep them away.  Biologists also believe that luna moths evolved their characteristic long frilly tails to serve as a false target to predators that rely on echolocation to find prey, such as bats. 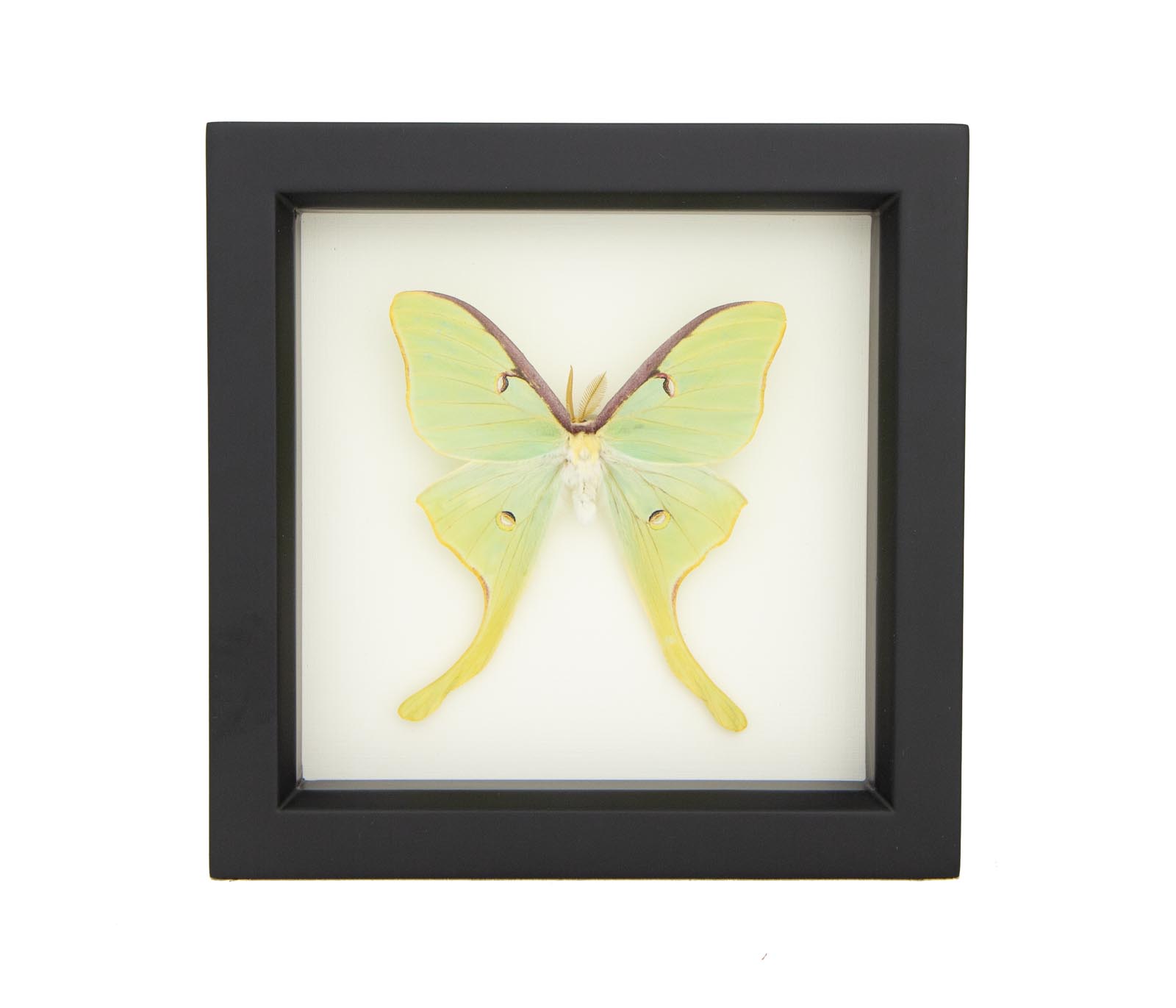