Monarch butterflies exist mostly in North America and the upper parts of South America (Venezuela/Colombia) though they are sometimes seen in eastern Australia and Indonesia as vagrants. The name “monarch” is believed to have been given in honor of King William III of England, who was also called “Prince of Orange” in reference to the butterflies’ color. Monarch butterflies were also some of the first animals to be given a modern taxonomic description by Carolus Linnaeus in the 18th century.

Monarch butterflies are mid-sized and usually have a wingspan between 8.9-10.2 cm (3.5-4 in). Like all butterflies, each wing is divided into two sections: hindwing and forewing. Both upper and hind wings have a tawny orange color with black edges and white spots in the margin. Males tend to be slightly larger than females and usually have lighter wing veins. There is an extremely rare variant of the monarch butterfly called the “white monarch” that is gray all over with small orange spots. 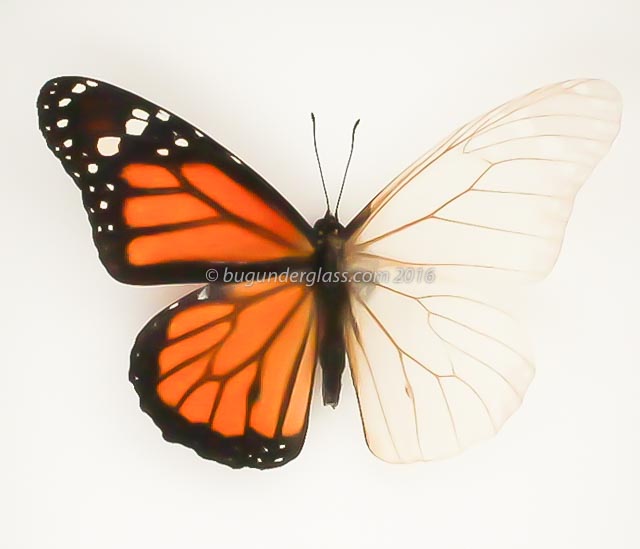 Like all insects, monarchs have 6 legs, though the forelegs are vestigial. They do not have functioning mandibles and instead use a proboscis with a fleshy tip to sponge up liquids.

Adult monarch butterflies typically feed on the nectar of flowering plants like alfalfa, thistle, and lilacs. Monarch larvae feed almost exclusively on species of the milkweed plant (g. Asclepias). Adult monarchs eat a lot more than many adult insects as they need lots of energy for mating and migration.

Monarchs have rather large wings and exhibit a lofty, looping flight pattern, Despite their lazy looking flight, they are surprisingly maneuverable and can land on small flowers precisely. They are primarily diurnal and spend much of their time flitting from plant to plant. 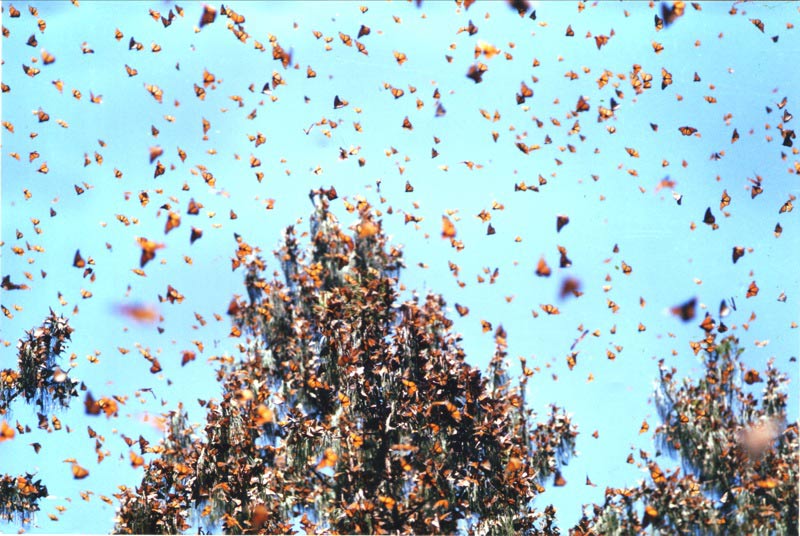 Monarchs exhibit interesting aposematic and mimicry defenses. Since monarch larvae feed mostly on the milkweed plant, they become poisonous and foul-tasting to predators. Predators learn to avoid foul-tasting larvae and adults. Monarch butterflies also mimic the patterns and colors of the poisonous viceroy butterfly, an interesting example of Müllerian mimicry.

Monarchs are most well known for their annual mass migrations. Populations east of the Rocky Mountains migrate south to Mexico during the late autumn and spend the winter in warmer climates. During the spring, the monarchs migrate back north. Monarch migrations are an intergenerational affair as no single monarch completes the two-way trip. It is believed that migration patterns are triggered by shorter days that cause changes in their circadian rhythms.

Daddy Longlegs are not spiders. What Are “Murder Hornets” and How Dangerous Are They?