The walking stick is the colloquial name for insects in the Phasmatodea taxonomic order. Walking sticks, also known as stick bugs, or stick insects,  are most known for their unique camouflage that gives them the appearance of sticks and other vegetation. The name Phasmatodea comes from a Greek word meaning “apparition” or “phantom” in reference to their resemblance to vegetation. 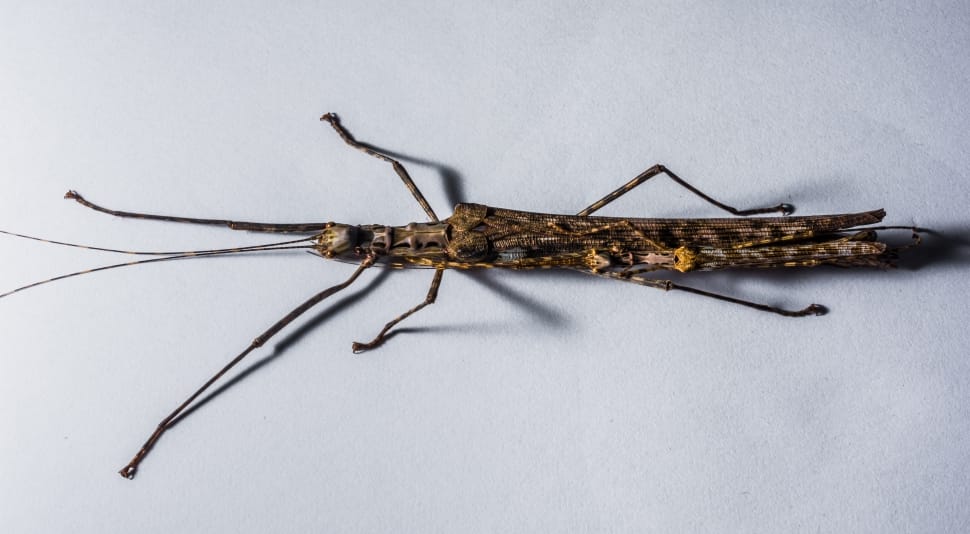 Walking sticks are found on every continent in the world except for Antarctica and are most abundant in tropical and subtropical regions. There are currently over 3,000 identified species and walking sticks share a close evolutionary relationship with insects in the Phylliidae family which are known as leaf bugs.

Walking sticks are long and skinny and range from 1.5 cm (0.6 in) to almost 30 cm (12 in). Females are typically longer than males and females in the genus Phobaeticus are the longest insects in the world and measure up to 53 cm( 22 in). Most walking sticks have a slim cylindrical shape though some are flat and have leaflike shapes. Most species are wingless, though some have reduced wings and a handful of species have genuinely functioning wings.

The most distinguishing feature of walking sticks is their appearance/color. Walking sticks mimic the appearance of branches and twigs with ridges that look like leaf veins and bark-like tubercles and protrusions. This camouflage is so good that it can be very difficult to pick out a stick bug against a background of vegetation with the naked eye. Stick bugs have 6 legs that they can detach and regrow and most species have a pair of long antennae placed on the head.

Stick bug feet are covered in tiny microscopic hairs that cling to and create friction between surfaces, similar to how a gecko clings to surfaces. 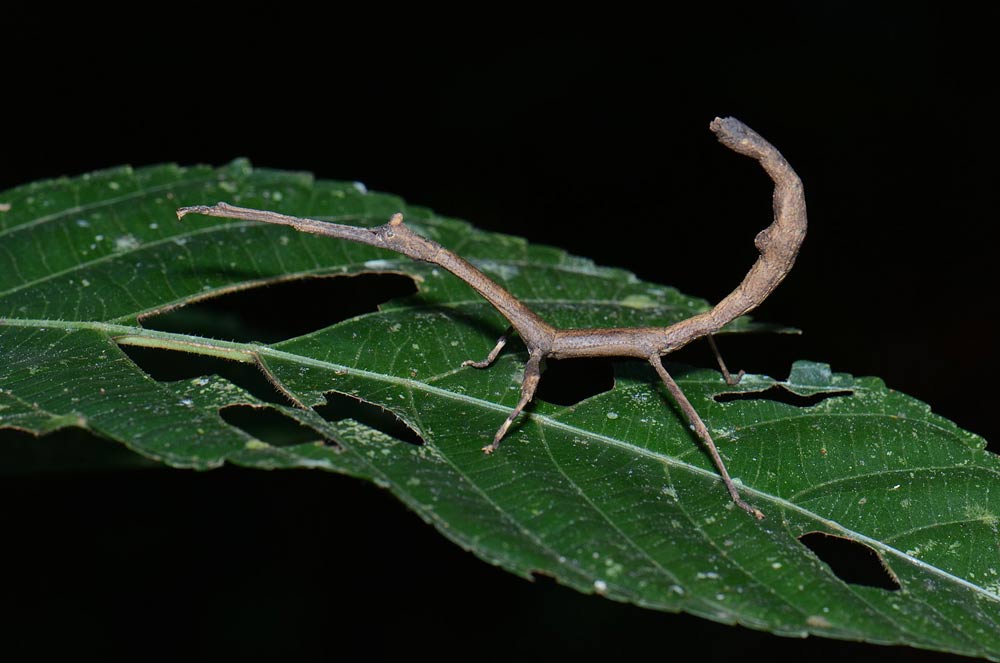 Walking sticks are entirely herbivorous and subsist mainly on leaves, trees, shrubs, and other plant material. Stick bugs play an important ecological role as they consume plants leaving room for other species and enrich the soil with their defecation.

Walking sticks are primarily nocturnal, meaning they are active at night. They have an impressive visual system that is built for working in dim conditions though their large eyes are prone to radiation damage during the day. 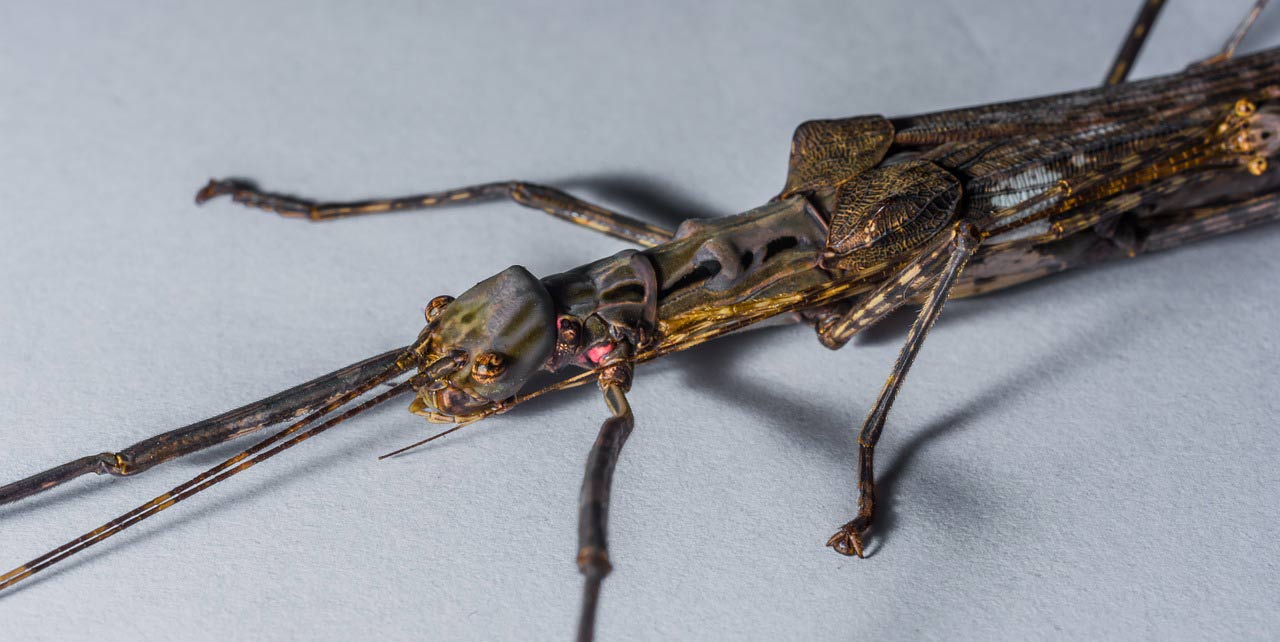 Walking stick lifespan can vary considerably, but most species live about 1-2 years. Eggs typically take around 70 days to incubate and hatch. Once the nymph emerges, they feed and go through several molts to become adults. Unlike many insects, walking sticks do not have a pupal stage in which their morphology dramatically changes; nymphs have the same basic body plan as adults. Walking sticks tend to reproduce in the hotter years and breed year-round. Some species are capable of parthenogenesis, meaning they can fertilize eggs without mating.

Be sure to check out some of your ethically raised Framed Walking Sticks.

What Is the Oldest Known Insect? Do Insects Have Blood?